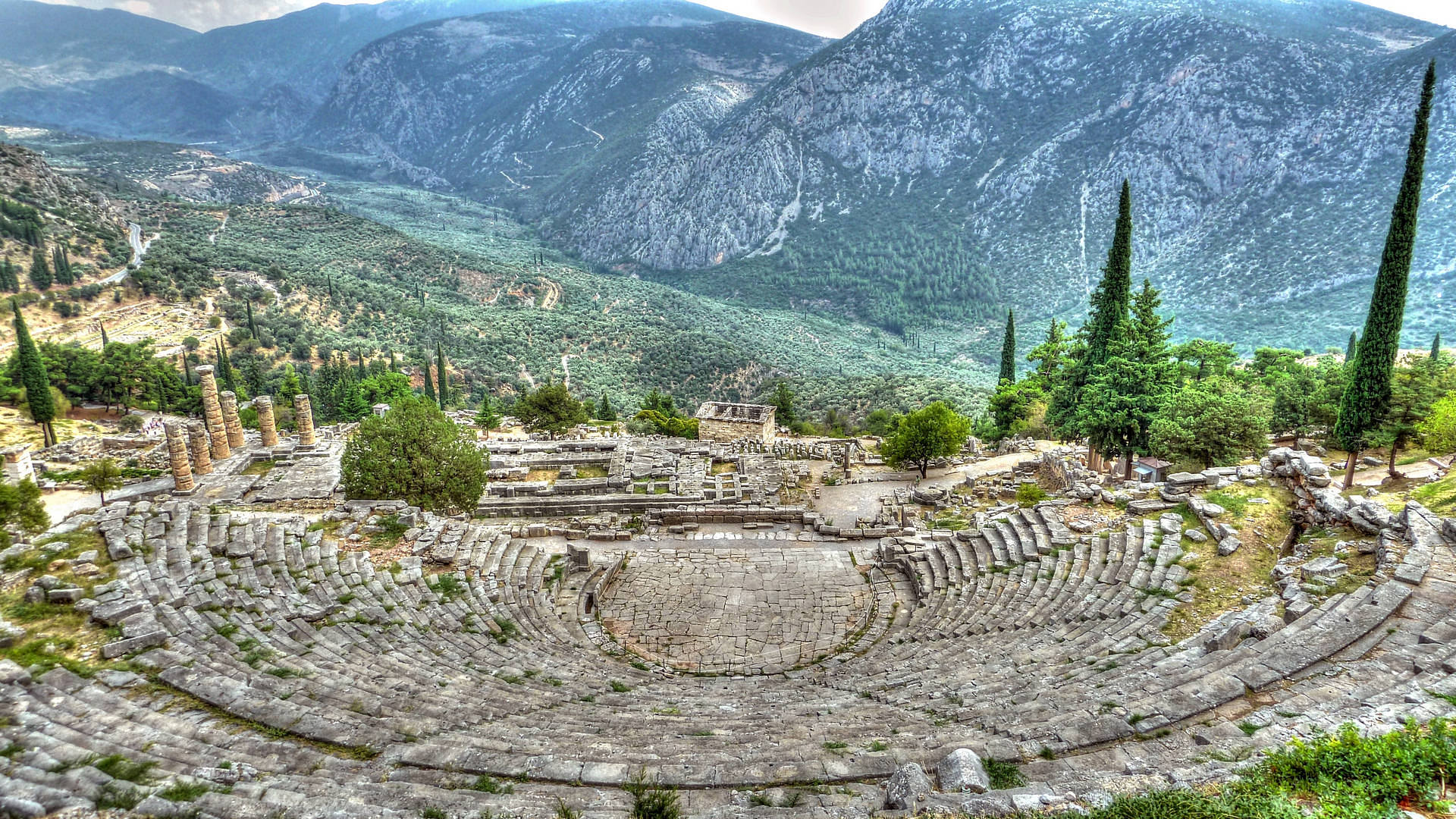 Delphi – from Athens to Delphi by Best Athens Tours

According to tradition, in the Delphi area there was a sanctuary dedicated to Gaia’s female deity and guarded by the terrible dragon of Python. According to local legends, Apollo became the owner of the sanctuary when he killed Python. Then the god transformed into a dolphin brought to the area residents from Crete, who founded his sanctuary. This myth about the domination of Apollo survived in festive representations at local celebrations such as Pythia and the Dolphins.

The town dates from the Homeric years under the name Pythos. At the beginning of the historical times it was one of the cities of ancient Phocis, but gradually the role of the city was strengthened and evolved into a Pan-Hellenic center and holy city of ancient Greeks. It was also the center of Delphic Amphictyonia. Delphi maintained their important position until the end of the 4th century AD, when the oracle of the Theodosius I was definitively terminated by the Order of Byzantium, which established Christianity as an official religion. In the following centuries, the city was deserted and finally abandoned during the Slavic raids.

Today, the archaeological site of Delphi attracts thousands of visitors every day from around the world.

Do you want to visit the Delphi? Send us your wish and you will soon receive our offer.

Alternatively, search for the destination on the right-hand bar to see which tours include the site