Meteora tour is a two-day tour which promises to show you not only the monasteries but to make you discover the special aspects of the Greek Orthodox religion and its connection with the old one.

Our tours starts will a four-hour drive along a beautiful countryside where you will meet the Greek nature and many small towns. Meteora, our destination is one the most important religious complexes in Greece and in the Balkan Peninsula. These amazing formations are 131 meters tall and they were formed 65 million years ago. The monasteries surprise the visitors with their location as they are built on very steep rocks, and they are part of the rock now. Nowadays there are six monasteries open to the public that people can admire.

Our drivers and tour guides will reveal how unique the monasteries are in every aspect. They will explain how they started, and then, according to which one you will visit, they will give you information about their history and construction. We can make the experience as sacramental as a place can be. After spending the night in the near town called Kalambaka, we will visit two more monasteries. Then, after your meal we will drive back to Athens.

Allow us to offer you the possibility to make a stop at Thermopylae on our way back to Athens. Thermopylae is the battlefield where the Greeks faced the Persians and the 300 Spartan soldiers became legends.

Traditional village of Kalambaka, Monasteries of Meteora, Thermopylae, driving to the Greek county.

The duration of the chosen tour is 12 hours – 14 max but it is flexible and can be adjusted to your needs and interests. Recommended the two days tour of Meteora

Recommended about 06:00 am, general the starting time depends on your timetable and your interest.

Our company offers vehicles Mercedes sedan/minivan/minibus that can accommodate 1-20 passengers.

This tour is not possible to exist in a day tour for the minibus (groups more than 8 passengers) because the driving limit. See more information regarding the vehicles in the page FLEET.

Entrance fees, food or drinks. Our driver will support you to receive the tickets during the day tour of Meteora. 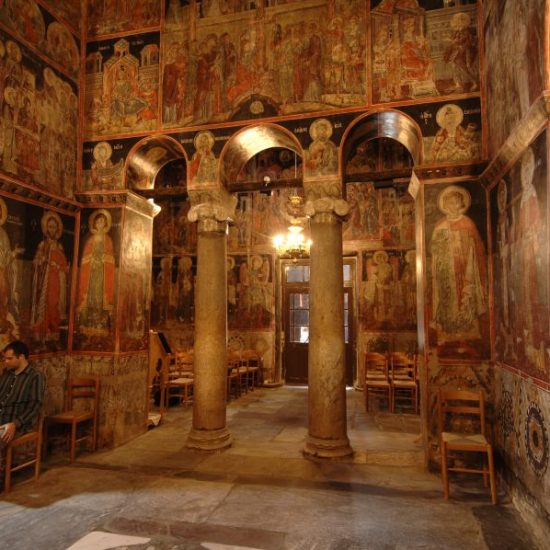